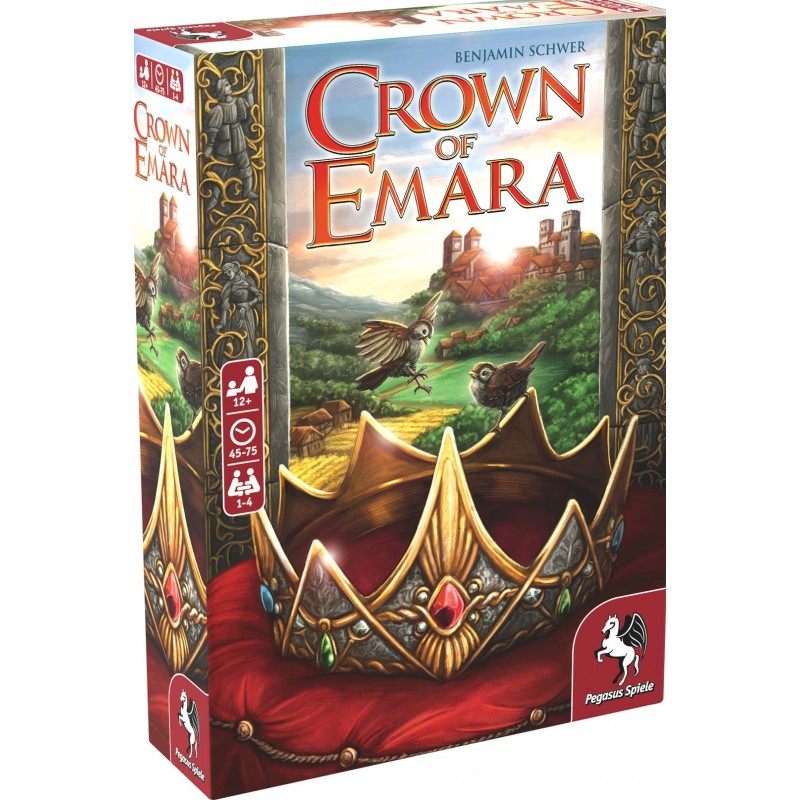 Good times in the tiny kingdom of Emara: During the reign of King Thedorius the Wise, wars, uprisings and other inconveniences became a thing of the past. Thedorius always cared more for the well-being of his subjects than for power or riches. Therefore, only the nobleman who is able to care for Emara’s citizens as well as Thedorius himself did, shall become Thedorius’ successor and wear the Crown of Emara.

To test the skills of all aspirants, Thedorius and his counselors issue a challenge of practical use: Whoever can persuade the majority of the newly arrived citizens in the capital to support their claim shall become the future king of Emara. To achieve this, players have to cater to the citizens' needs and – most importantly – offer proper housing for everyone. This means that promoting the building activities in town will be one of the major tasks of the candidates.

Crown of Emara skillfully combines card actions with worker movement actions, allowing players to plan their turns carefully. The two counselors available to every player move in two separate roundabouts, requiring players to optimize every move. Additionally, two scoring tracks lead to a multidimensional playstyle, as only the lower score counts towards victory and thus both tracks have to be advanced equally.