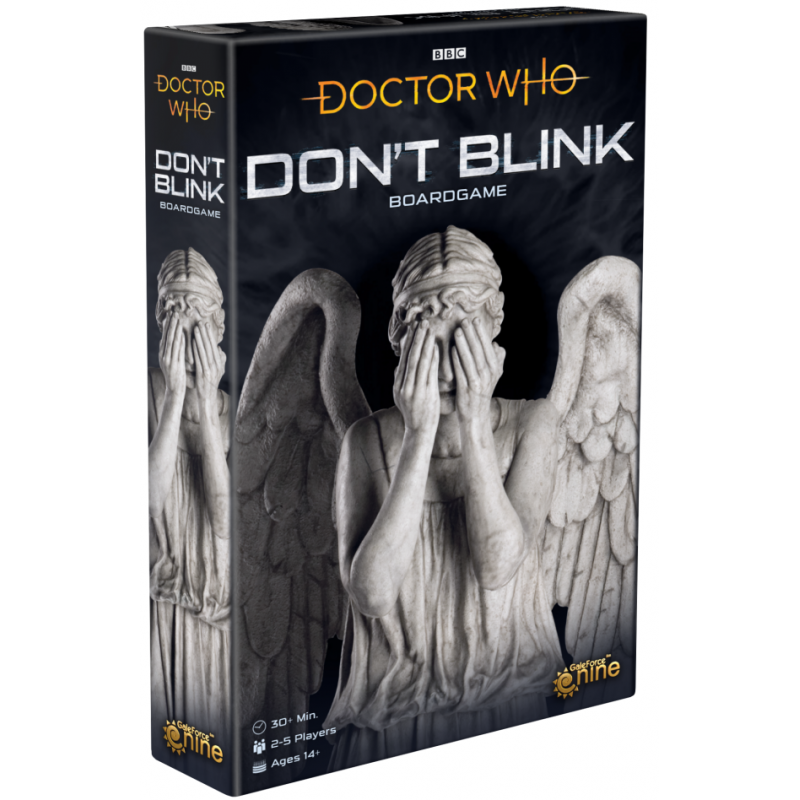 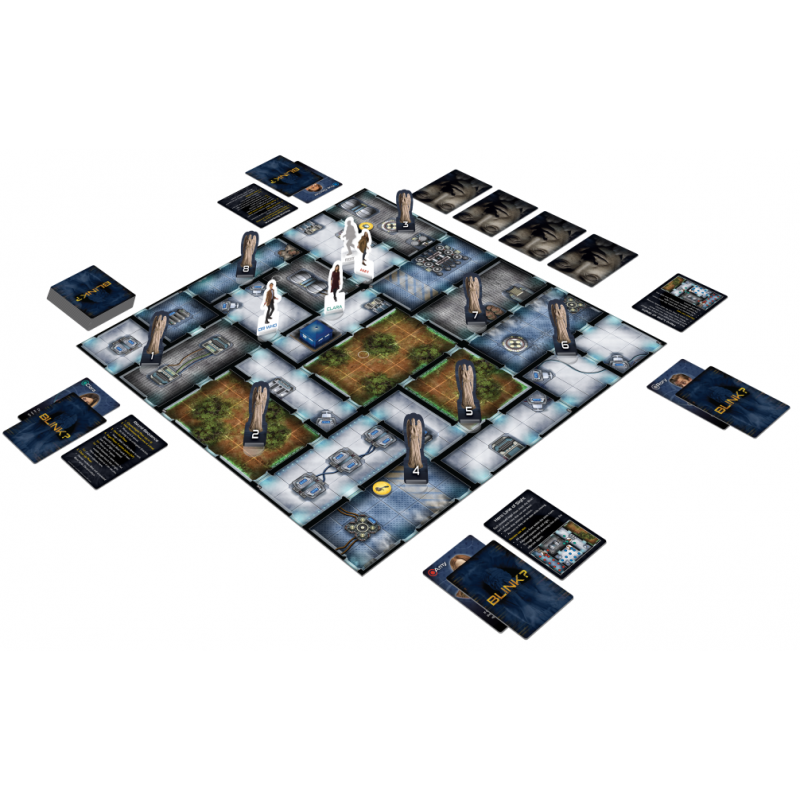 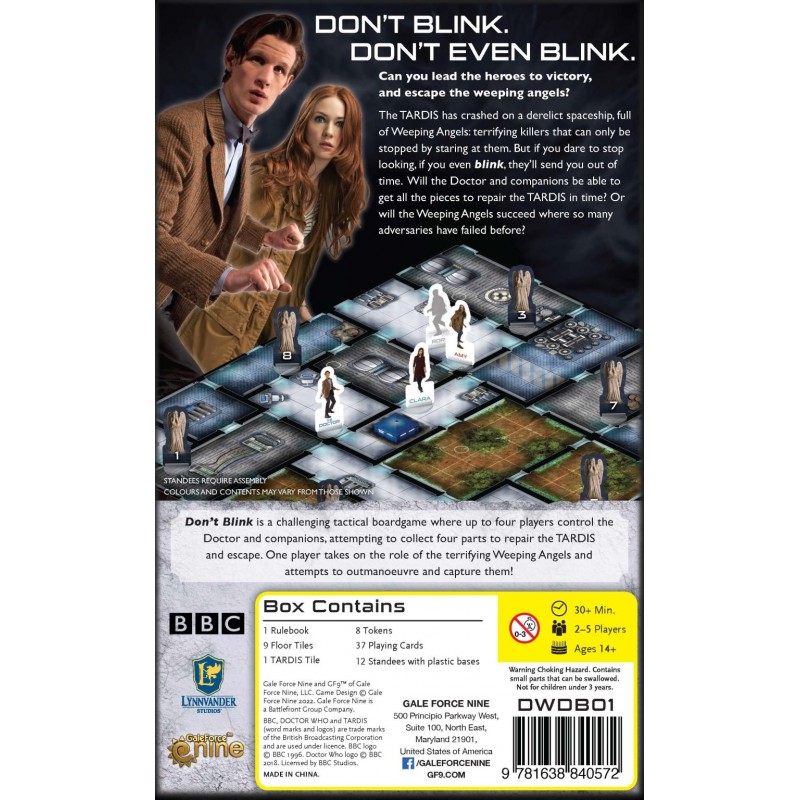 The TARDIS has crashed on a derelict spaceship, full of Weeping Angels: terrifying killers that can only be stopped by staring at them. But if you dare to stop looking, if you even blink, they’ll send you out of time. Will the Doctor and companions be able to get all the pieces to repair the TARDIS in time? Or will the Weeping Angels succeed where so many adversaries have failed before.

In Don’t Blink, up to four players control the Doctor and companions, attempting to collect four parts to repair the TARDIS and escape. One player takes on the role of the Weeping Angels and attempts to outmaneuver and capture them