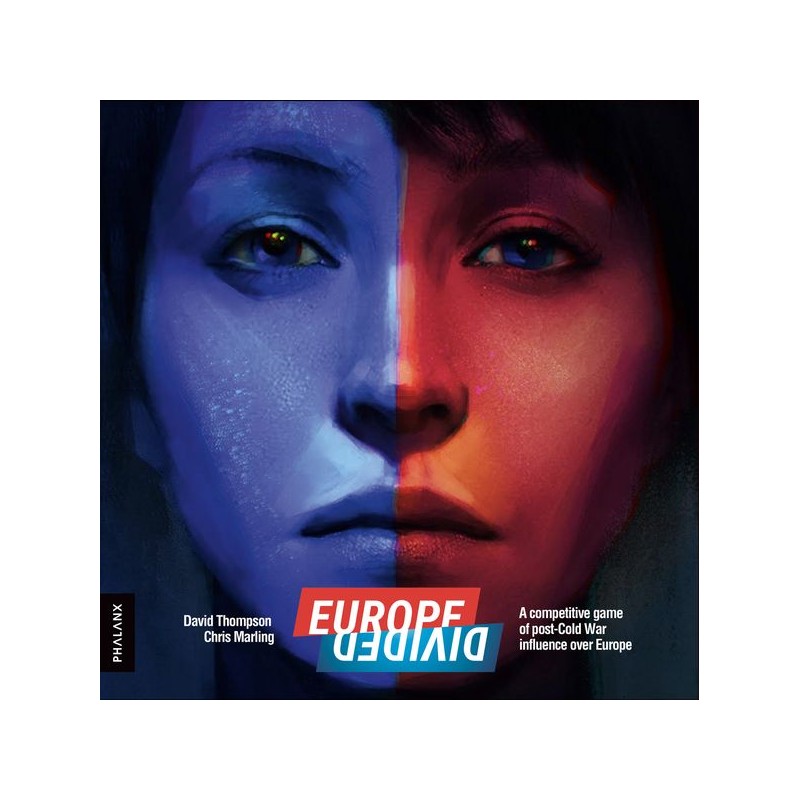 The end of the Cold War ushered in a new age of European expansion. Central and Eastern Europe had emerged from dictatorships and wanted to consolidate their democracies. They sought European integration to ensure they would not fall back into the Russian sphere of influence. The EU and NATO offered a guarantee of this security, and the EU was seen as vital to ensuring the economic success of those countries. Russia — a shell of its former power as the Soviet Union — could do nothing to slow the European expansion.

But then things changed.

Oil prices increased, bolstering Russia's economy. Putin came to power, and despite political discontent in Russia, his popularity remained strong. In 2008, war broke out between Russia and the NATO-aspirant, former Soviet country of Georgia. Russia's resurgence had begun, exemplified by the 2014 annexation of Crimea and invasion of eastern Ukraine.

Europe Divided is a game of an expansionist Europe, a resurgent Russia, and a new Cold War.