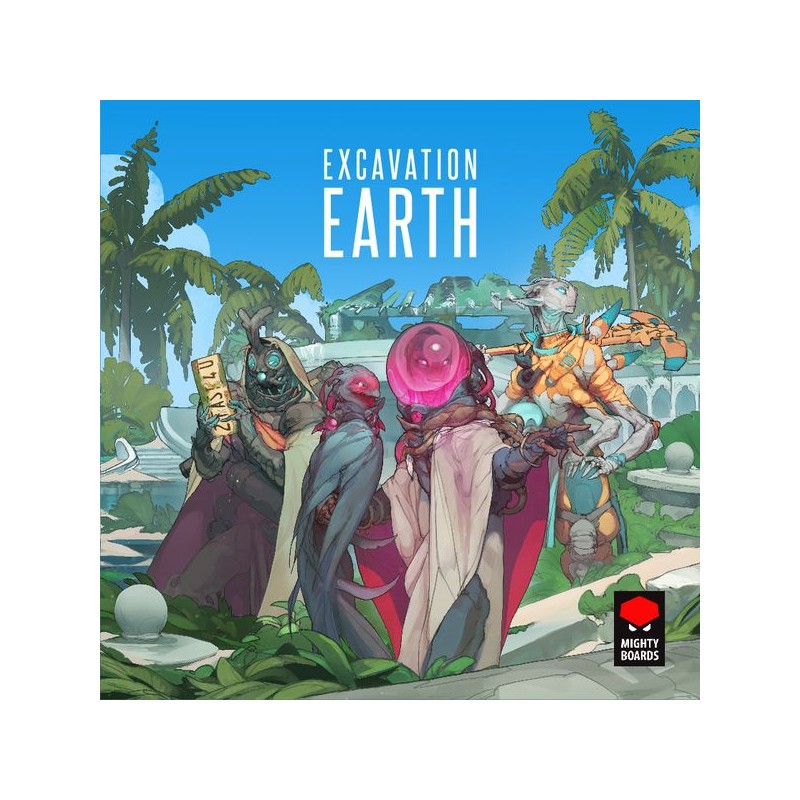 In Excavation Earth, you lead a race of alien explorers on their quest to excavate human artefacts, curate the ultimate art collection, and most importantly, cash in big! A century from now, all that remains of humanity are the piles of garbage and detritus we left behind on a ruined Earth. Still - someone’s junk is someone else’s treasure!

The alien factions of the Union of Free Races, a pan-galactic federation have a penchant for the remains of extinct civilisations, viewing such objects as the highest form of art. When they discover the Earth, a gold rush ensues, as each race scrambles to claim the greatest artistic treasures for themselves.